Principles of the homeopathic treatment
Homeopathy is an efficient therapeutic method for medicinal treatment of natural origin. The homeopathic remedies regulate the metabolic and defense mechanisms of the human body, thus enhancing its non-specific resistance towards different external, and internal morbid agents.

As a medical method homeopathy is based on two main principles:
1. The Law of Similars
2. The Principle of Minimum Dose

A commonly used illustration to that principle is the analogy with the peeling of onions. Often it causes lacrimation, itching and a running nose. There are natural diseases, in the course of which we see the same clinical signs – hay fever, severe viral rhinitis, vasomotor rhinitis. If a person suffering from one of these diseases, is given an extract of onion, which in homeopathy is called by its Latin name Allium cepa, often healing or amelioration of the symptoms of the hay fever, viral or vasomotor rhinitis is observed.
Another example of this analogy are the symptoms that we observe after a bee sting. Then an edema appears, as well as a feeling of pinching, stinging and pain, while the temperature of the affected part rises and the sick person feels better, if a cold compress is applied. The homeopathic doctors know about this effect and apply extract of honey bees, Apis mellifica, to treat allergic shock, arthritis with edema of the surrounding tissues, hydrops of the joints, sore throat, Quincke’s oedema, and some forms of heart failure, when the complaints of the patient resemble the complaints of a person, stung by a bee.

The Principle of the Minimum Dose
According to this principle, during homeopathic treatment the smallest possible dose of the remedy is used. It has been observed that even an infinitely small dose causes a healing effect, if there is a similarity between the symptoms of the sick person and the symptoms,that the remedy causes in a healthy prover. This principle has been empirically established, through the experience of thousands of homeopathic practitioners for more than 200 years. During this period, the principle of the minimum dose has been an object of fierce disputes and discussion on the part of chemists, physicists, biologists, physiologists, and physicians. The reason for this is the fact that in the homeopathic treatment it is often physically impossible to observe a residue of the initial substance in the prescribed remedies. In fact what happens is that there is not a single molecule from the medicinal substance that has been used for the preparation of the remedy.
Only recently the studies of the professor in physic chemistry Louis Rey from the University in Lausanne and of the renowned immunologist, Nobel Prize winner in the field of medicine Prof. Luc Montagnier gave a satisfactory answer to the question about the mechanism of action of the homeopathic dilution.
According to these studies, in the process of preparation of the homeopathic dilution in the water, and later on the solid carrier, which represents a mixture of lactose and glucose, an “imprint” of the initially used substance is obtained. This “imprint” serves as an information carrier of the properties of the initial medicinal substance.

The readers can find additional information on the scientific aspect of this problem in the specialized scientific literature. Here, we shall give a list only of several of the first issued articles, considering these topics, published in peer reviewed international medical journals. 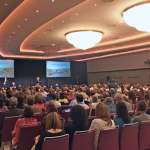