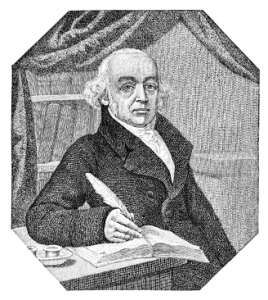 The founder of the homeopathic method is the German doctor Samuel Hahnemann. He lived in the end of the 18th and the beginning of the 19th century and is one of the most acknowledged doctors in medical history. For ten years (1799 – 1810), Hahnemann collected the observations of eminent doctors of his time, conducted multiple experiments with healthy provers and treated hundreds of people suffering from different diseases in compliance with the new therapeutic method. In 1810 he formulated the main principles and laws of the homeopathic treatment. They are presented in his fundamental paper “Organon of  Medicine” (Organon der rationellen Heilkunde). Thus, the beginning of the nineteen century marked the occurrence of a new medical system, completed in a theoretical and practical aspect.
At the end of the 19th century the homeopathic treatment was quite common in USA and Western Europe. Before the discovery of the antibiotics, fatal diseases at the time such as the typhoid fever, the malignant scarlet fever, and the cholera were efficiently treated with homeopathic remedies. For example, in 1813 Hahnemann treated with homeopathic remedies 184 patients with typhoid fever without leaving any of them to die. In 1832, during the cholera epidemic, the homeopathic treatment proved to be much more efficient than the “classic” treatment common for that time.
Homeopathy gradually declined during the 20th century. The discovery of the sulphonamides and antibiotics, the changes in the way of life, the modernization of medicine created the illusion that the main problems, affecting people’s health, had found a solution. The time consuming homeopathic examination, the careful, detailed study of the symptoms of the patients were pushed aside by the instrumental methods and by more aggressive medical and surgical treatment.
The interest in homeopathy was renewed twenty years ago. At that time the doctors, the patients and the society as a whole started to understand that the prescription of ever stronger chemical drugs does not lead to a lasting solution to the health problems. All the more – it turned out that a great number of drugs have serious and dangerous side effects aside from their curative properties.
It is known for example, that all antiarrhythmic drugs may lead to pro-arrhythmia and respectively to cardiac arrest. The drugs with the strongest antiarrhythmic effect  are the dangerous ones. According to new studies, the treatment with this kind of drugs is risky, especially for patients suffering from ischemic heart disease and after myocardial infarction, even in the cases when the prognosis is not poor, because it significantly increases the risk of cardiac arrest compared to the control group of patients.
The undiscriminating use of antibiotics causes a drastic increase in the resistance of the microorganisms and significantly augments the number of allergic complications. Besides it leads to dysbacteriosis and mycotic complications, which are difficult to treat and take long time to be cured.
Due to the desire of the patients to be treated in a harmless way and the urge of some doctors to be more efficient professionally, the society “rediscovered” homeopathy and homeopathic remedies. Nowadays homeopathy is applied for a wide range of diseases. Its therapeutic efficiency is comparable and sometimes even better than of the efficiency of conventional treatment.Worldwide, homeopathy is being applied by over 150 000 doctors. In Bulgaria, homeopathy has been introduced in 1995. Today more than 1000 doctors have been trained to apply homeopathy.

The treatment with homeopathic remedies is recognized and approved in more than 80 countries across the world, including the EU countries, USA, Russia, India, Brazil, etc.
The legal status of homeopathy in different countries varies. In the USA, Germany, the United Kingdom, and India, homeopathy is practiced by doctors, as well as by individuals without a medical education. In France, Brazil, Russia, the Central and Eastern Europe homeopathy is practiced only by medical doctors. Homeopathy is most popular in France, Italy, Belgium, and Switzerland, where the number of homeopathic doctors varies between 24 per 100 000 citizens and 6.7 per 100 000 citizens. In some places homeopathic remedies are reimbursed by the national health insurance funds.

In Bulgaria, homeopathy has been taught at the medical universities since 2005. Since 2007, homeopathy has been mentioned as a non-traditional method influencing human health in the Health Act. Only holders of master’s   degree in medicine and dental medicine are eligible for practicing homeopathy. The Bulgarian Medical Homeopathic Organization (BMHO) was established in 1999. It unites homeopathic doctors, who have completed clinical homeopathy courses at the medical universities. 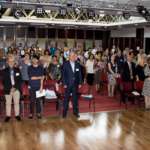